Image'In Between pictures and travel ... 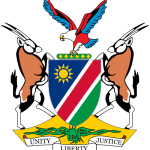 We leave the airport of Hosea Kutako * in the storm, and sillonnons the road through the desert hills. No one on the road, in silence amid this landscape contrasted with the yellows of the hills and the dark sky, our new car glides over the new road also. Surprising mix for Africa. We put 45 minutes to reach Windhoek city European architecture, a few shops open and more security guards than pedestrians ... Welcome to Windhoek!

END_OF_DOCUMENT_TOKEN_TO_BE_REPLACED 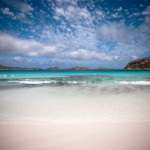 Western Australia accounts for a third of Australia, and yet has only 2.5 million inhabitants (10% of Australia). Arid and desert regions in the north, fantastic coastline, gigantic trees in the South ... 85% of the population of WA occupies the Southwest, the most temperate climate in the south of Perth, the most isolated capital city in the world. Isolated from the [...] 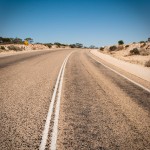 The train offers a line of 478kms, the longest straight railway in the world. By car, it will only 146kms; regardless of the means of transport, crossing the vast desert area will take you at least a few days ... Nothing surprising for the equivalent of a London-Moscow!
The Indian Pacific [...] 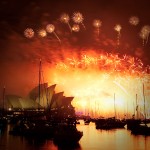 What to do to celebrate the move to 2010? I know who preferred the charm of Montreal, the snowy peaks of Corsica, or the crazy atmosphere of a Paris or Lille evening ... I enjoyed a picnic day to end with a firework ...
Point appointment: Macquarie Point, the Botanical Garden of Sydney. Hour : [...] 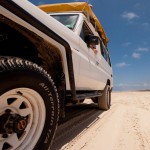 Take a group of 50 young Swedish, English, French, Dutch, Germans, Russians, Swiss and give them something to live for 3 days, a map, and some tips to get by. Add some dingoes that ravage everything is like something edible, shark-infested sea currents which take you to [...]

Melbourne - Hamilton Island was 16 December 39 ° announced in the city, time for me to head to the east, towards the Whitsundays. 74 islands, culminating peaks of an underwater mountain range, part of the famous Great Barrier Reef. And the beginning of a two week trip to Airlie Beach in [...] 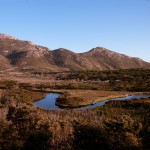 This is the flagship of Victoria! And because a mixture of turquoise beaches, massive rocks and mountain relief is not common thing in Australia. 4 hours from Melbourne, via Phillip Island and Gippsland through the valleys and verdoillantes, "The Prom" as he is known here, is a true playground for [...] 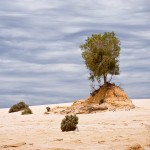 Most backpackers go there to make fruitpicking, Australians and passing tourists go there to discover the northern border Victoria: Outback, crossed by one of the largest rivers Australians "The Murray River".
To get used to the Australian large distances is by bus I chose to go towards Mildura. [...]